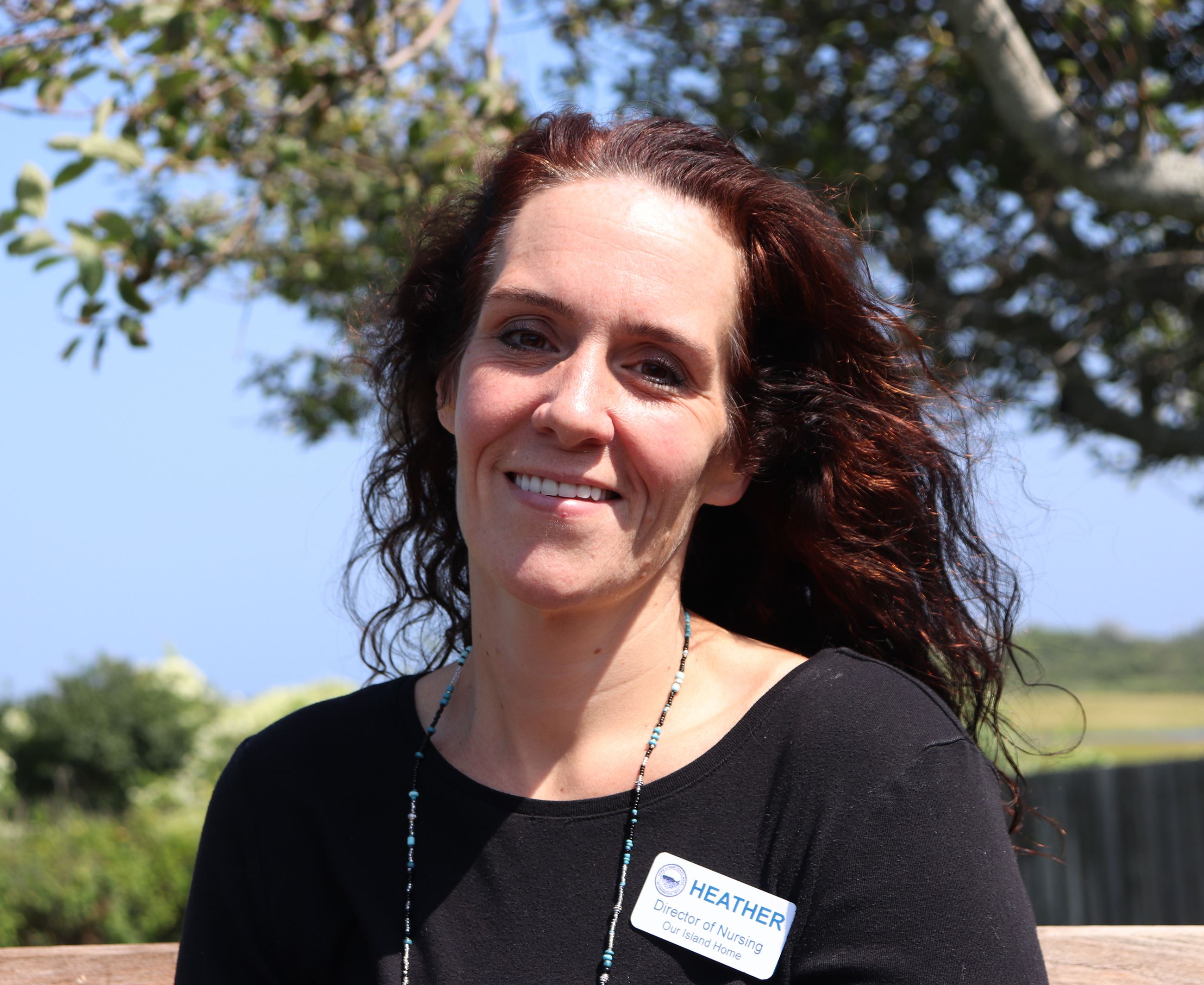 Heather Francis BSN RN, graduated on Dean’s List with a Bachelor of Science in Nursing from the University of Rhode Island in May 2000.

Having worked at Nantucket Cottage Hospital since her arrival to Nantucket from Cape Cod in 1993, Heather was eager to return as a new nurse. She moved from Med/Surg staff nurse to Med/Surg Charge nurse, and eventually onto Med/Surg Clinical Director. IN 2005, Heather saw an opportunity to strengthen her nursing skill and career with a job at Rhode Island Hospital, in Providence, Rhode Island. After becoming ONS certified, she accepted a position on the Inpatient Oncology Unit at RIH, providing chemotherapy to patients requiring round the clock regimens. Heather was often floated to other units and she fell in love with emergency medicine. Prior to leaving Nantucket she was certified in Advanced Cardiac Life Support, Pediatric Advanced Life Support, Trauma Nurse, and was a Sexual Assault Nurse Examiner, accepting an Emergency Room position was an easy decision. In 2007, Heather returned to Nantucket, taking a position in the ER at Nantucket Cottage Hospital. She worked her way into night Clinical Director of NCH. In September of 2006, Heather took on the task of teaching the LPN program offered on Nantucket through Upper Cape Cod Regional School. Heather joined Our Island Home in April 2013, as Staff Development Coordinator, it was great fit as she was very passionate about nursing education. In October of 2016, she began training for the Director of Nursing position. Heather assumed full responsibility of that role in January 2017.

Laurie Mac Vicar-Fiske was born on Nantucket and joined the Our Island Home team in October 2002 as our Social Worker. Laurie has an Associate's degree in Paralegal Studies, a Bachelor's degree in Psychology and earned her Master's degree in clinical social work at the University of Denver, graduating with honors with a concentration in Gerontology and Addictions. Laurie has experience working as a Paralegal in Boston & NYC and a real estate broker on Nantucket. Prior to joining Our Island Home, she worked for Eaton Terrace, an assisted & independent living facility in Lakewood, CO and for the Division of Substance Dependence in the Department of Psychiatry at the University of CO and was an active volunteer at the Rocky Mountain Stroke Center in Littleton, CO. Laurie loves working with our older population and is passionate about advocating for the highest quality of life for our seniors. 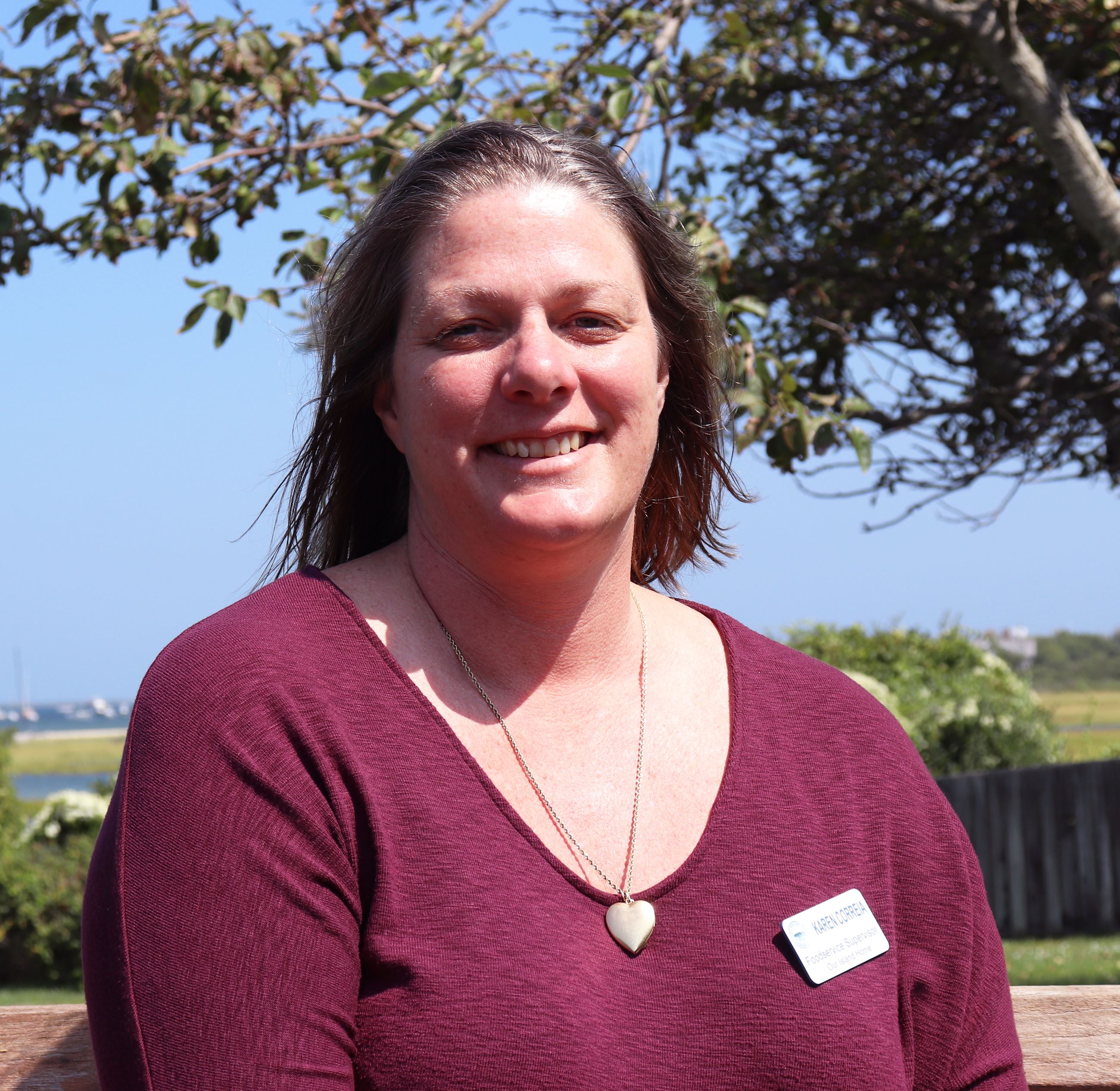 Karen Correia is currently the Food Service Supervisor at Our Island Home for the Town of Nantucket. Born and raised on the island, she started at OIH in 1993 in the housekeeping department. She transferred into the kitchen as a cook shortly after. In 2006 she completed her dietary management training through the University of Florida and became a certified Dietary manager. After over 20 years of cooking at OIH, in 2014 she was offered the position of Food Service Supervisor and happily accepted.

Ally Rowell joined the team at Our Island Home as Activities Director in January of 2020, after working as an outpatient therapist at Fairwinds – Nantucket’s Counseling Center for the past year and a half. Prior to moving to the island, Ally received an undergraduate degree in Psychology and Art Therapy from Lesley University in 2015 and went on to receive her Master of Social Work degree from Bridgewater State University in 2018. Ally is a licensed certified social worker in the state of Massachusetts, and is passionate about employing her background and interests to create meaningful connections with others and to foster a rich environment that attends to the many diverse social, intellectual, recreational, and spiritual needs of the amazing residents at OIH.

Edward King arrived on Nantucket in February 2005, as a “wash–a-shore”, originally from Northern Maine. Ed had been project supervisor for many multi-million dollar building projects in Maine. A carpenter by trade, he excelled as project supervisor which led him to Nantucket to build high end homes for a local contractor. Ed joined the Our Island Home team in December 2011 taking the position as Plant Supervisor. He has extensive knowledge, experience, and education of all the building trades and aspects. He graduated from the University of Maine at Augusta with a degree in Real Estate Law and Practices and Graduated from Kennebec Valley Technical college in 1981, where he studied Metallurgy and Welding 1,2,3. Ed also graduated from The United Brotherhood of Carpenters, Millwrights apprenticeship program in 1980, Attended Central Maine Technical College, graduating in 1979 with an associate’s degree in building construction. Ed has strong family values, loves to hunt and fish, and enjoys spending time in Northern Maine at his camp on Mattaseunk Lake, currently living with his wife on Nantucket. 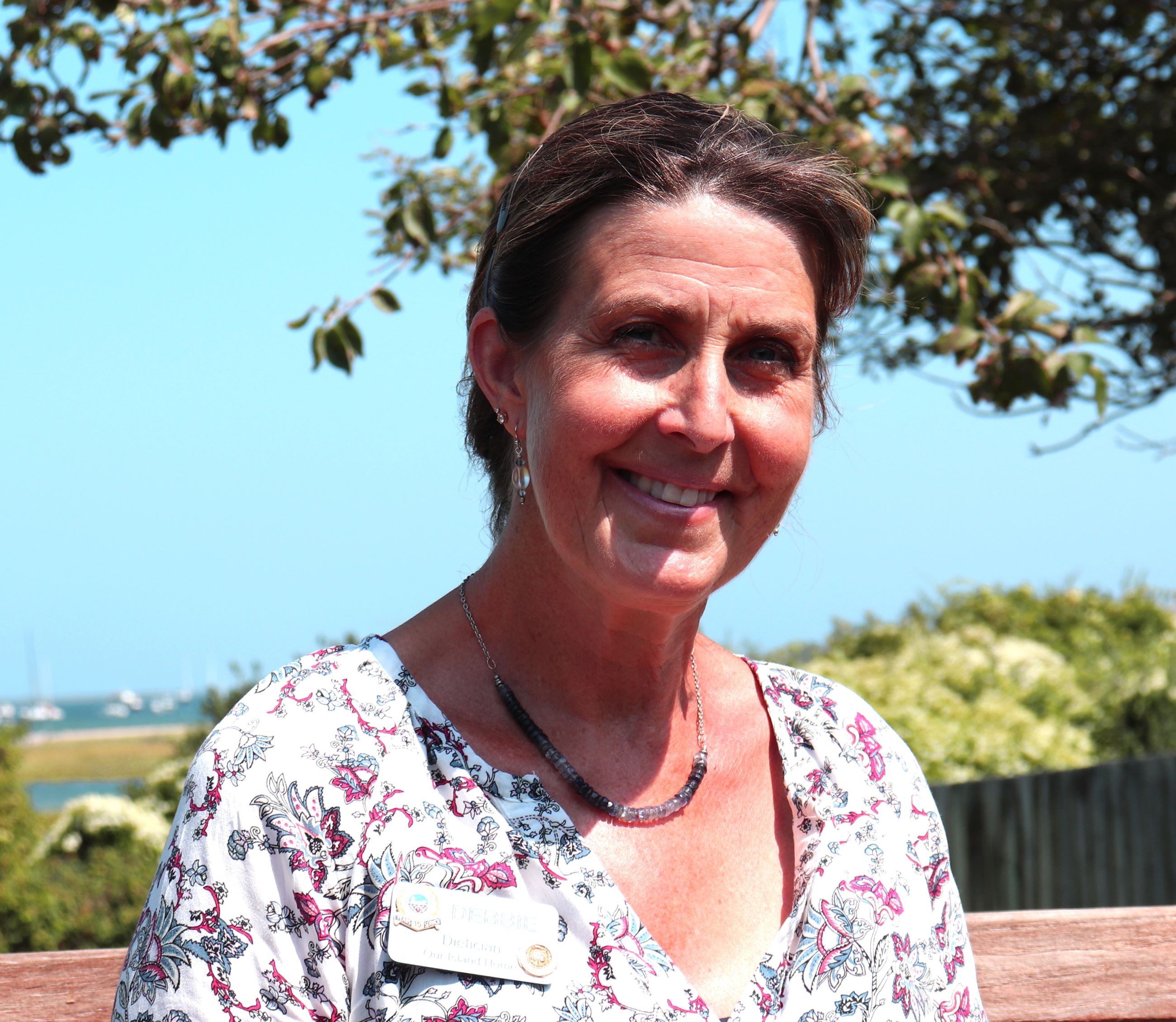 Debbie Bechtold was born and raised on Nantucket. She attended Framingham State College, where she completed the Coordinated Undergraduate Program in Dietetics, becoming a Registered Dietitian in 1989. After moving back to Nantucket, Debbie began working at Nantucket Cottage Hospital in 1991 as an R.D. In 1995, Debbie began filling in for the OIH dietitian and two years later was hired. In 1998, Debbie left her job at NCH to work only at OIH and start her family, of three children.

Cassy Butler moved to Nantucket in May 2019 all the way from Fair Oaks, California. She earned her bachelor’s degree in Accounting in 2018 from Ashford University. Her career began in the property management industry as an accountant and later, as a property manager. Cassy began working at OIH in November 2019. She brings her accounting knowledge and experience to Our Island Home and is dedicated to the residents and the financial integrity of the building.