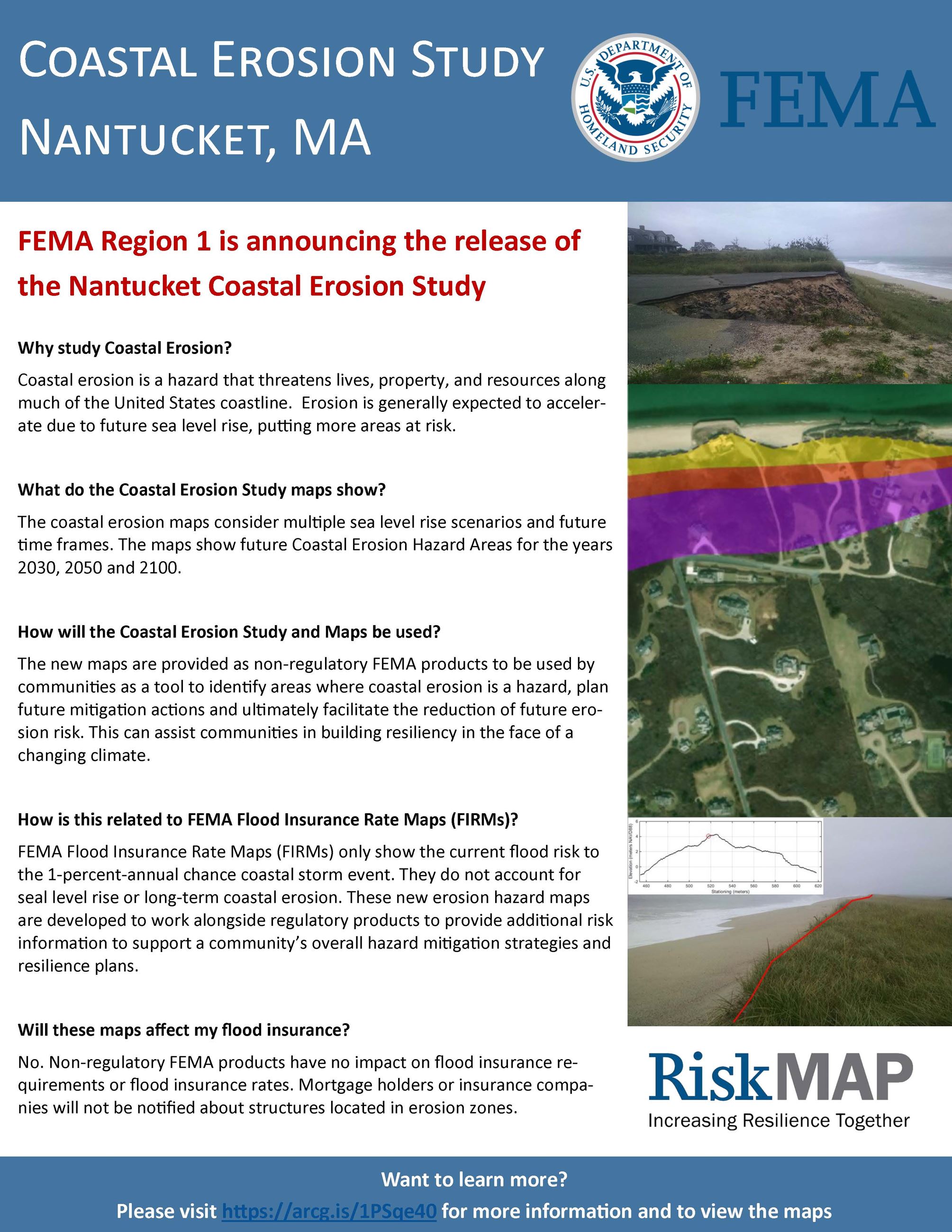 The Federal Emergency Management Agency (FEMA) Region I office has completed a project to investigate future coastal erosion impacts due to sea-level rise for the Island of Nantucket.   The resulting study and coastal erosion hazard maps will be released to the public in the next few days.

The new maps are provided as non-regulatory FEMA products to be used by communities as a tool to identify areas where coastal erosion is a hazard, plan future mitigation actions and ultimately facilitate the reduction of future erosion risk.  The technical approach developed in this study may be expanded to other coastal communities.

The study report and the erosion hazard maps will be made available on the FEMA website.